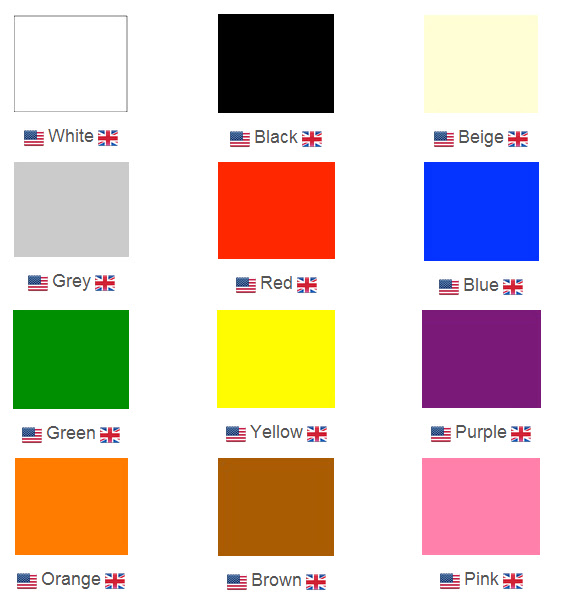 Learning how to say colours in English is very important as it’s basic vocabulary. This English colours vocabulary list will help you memorise these basic English words. Remember that colours is the British English spelling and colors is the the American English spelling.

Open your eyes to the killer in the kitchen

Nearly two million people die each year as a result of inhaling lethal smoke from kitchen stoves and fires. Most of these deaths are a result of respiratory infections. Most victims are women and children under five. Smoke is the killer in the kitchen.
More than three billion people - half the world’s population - depend on fuels such as wood, dung and coal for cooking, boiling water and heating.Burning these fuels on rudimentary stoves or three-stone fires creates a dangerous cocktail of pollutants that can kill. It is the poorest who have to rely on the lowest grades of fuel, and are the most vulnerable. Every year smoke kills more people each year than malaria.

True to their mandate, Practical Action is seeking support to solve this problem with modern technology, providing ventilation and cleaner cookstoves to affected families. 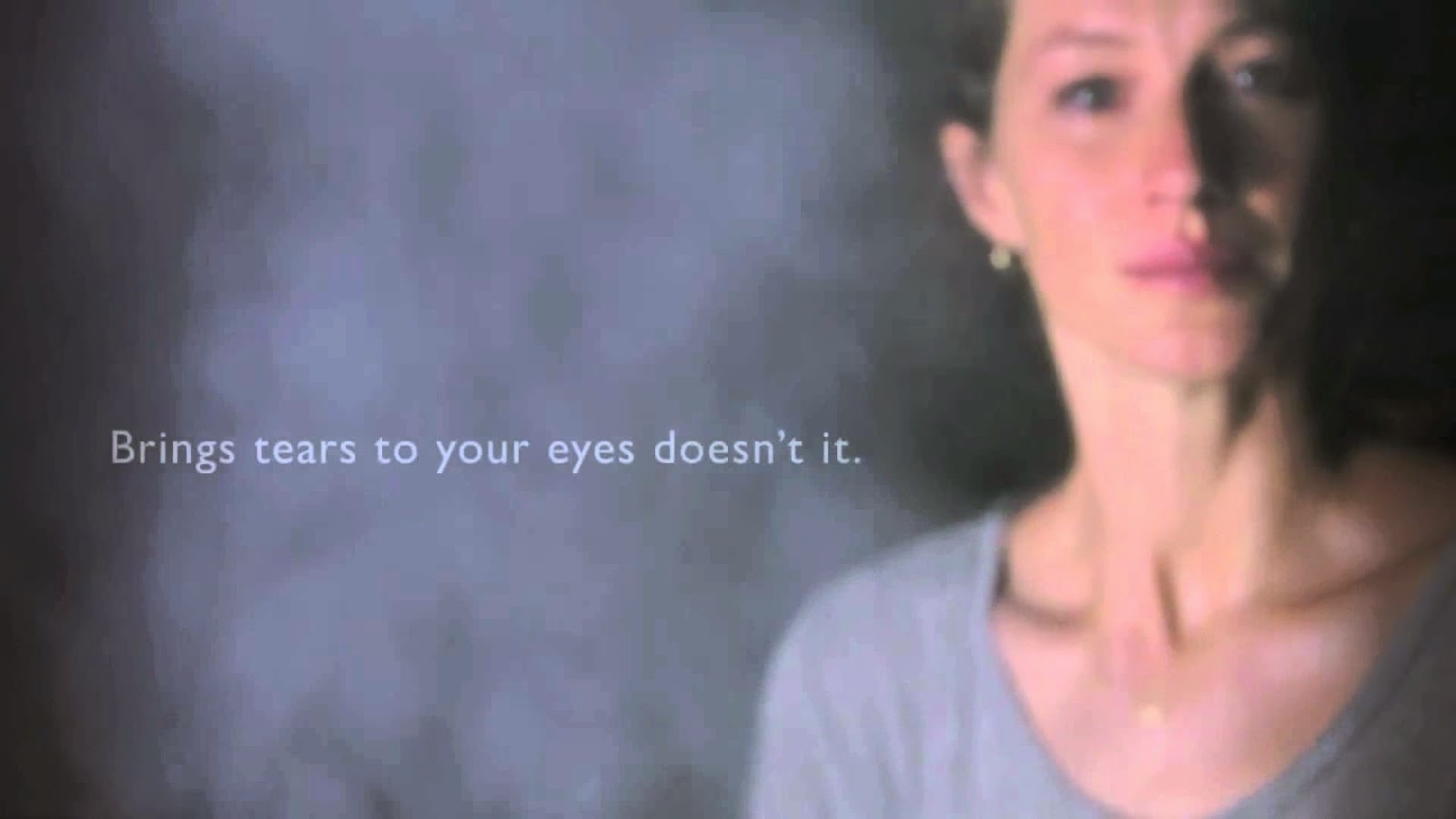 Talking About Your Daily Routine in English - video 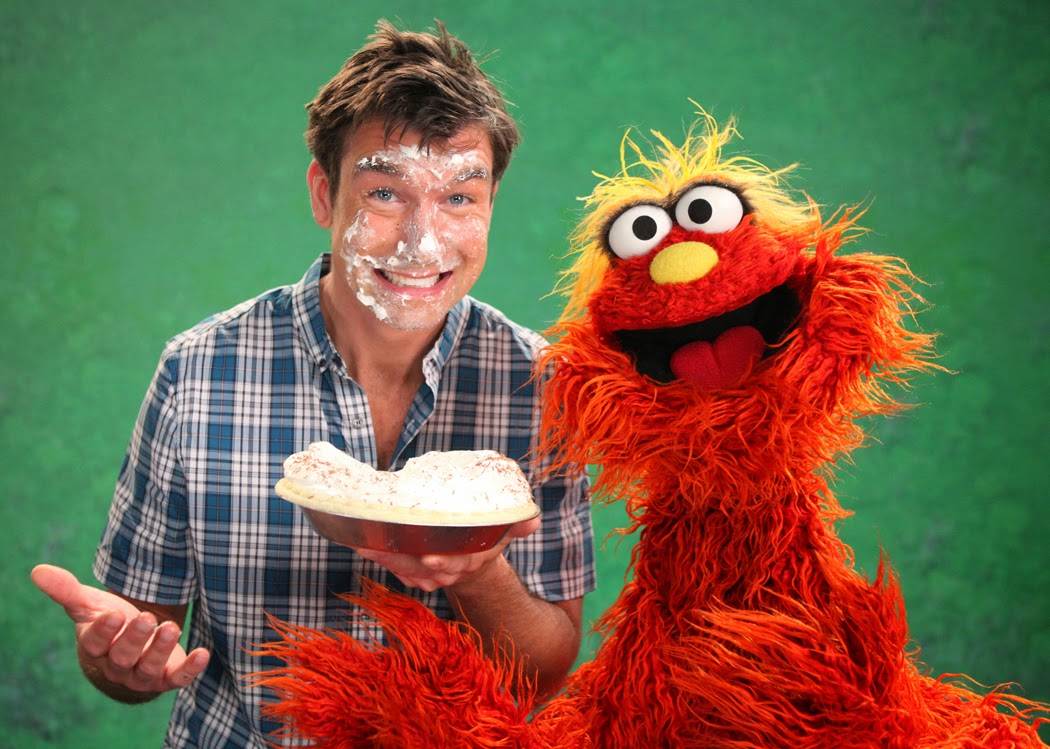 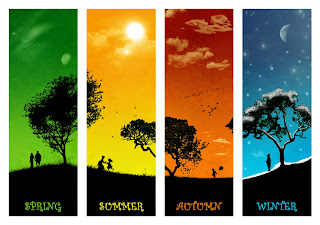 20 words that once meant something very different

Words change meaning all the time — and over time. Language historian Anne Curzan takes a closer look at this phenomenon, and shares some words that used to mean something totally different.

Words change meaning over time in ways that might surprise you. We sometimes notice words changing meaning under our noses (e.g., unique coming to mean “very unusual” rather than “one of a kind”) — and it can be disconcerting. How in the world are we all going to communicate effectively if we allow words to shift in meaning like that?
The good news: History tells us that we’ll be fine. Words have been changing meaning — sometimes radically — as long as there have been words and speakers to speak them. Here is just a small sampling of words you may not have realized didn’t always mean what they mean today.
We’re human. We love to play with words in creative ways. And in the process, we change the language. In retrospect, we often think the changes words undergo are fascinating. May we transfer some of that fascination and wonder — some of the awe that used to make the words awful and awesome synonymous — to the changes we’re witnessing today. 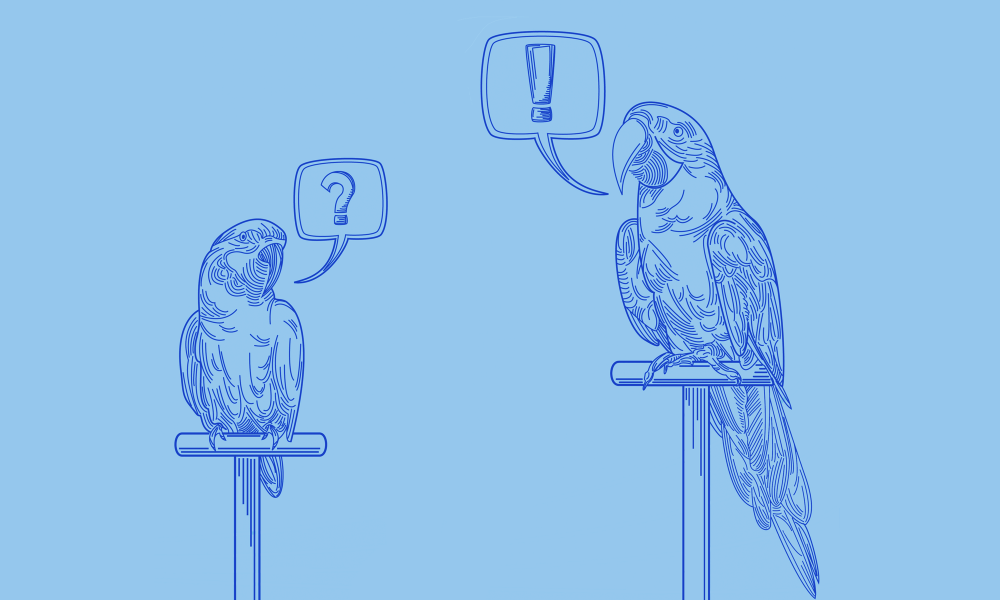 Andrew Solomon: Love, no matter what 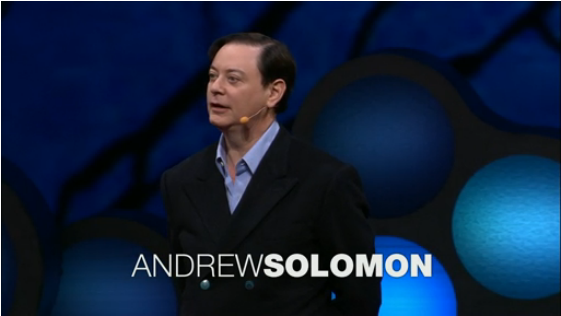 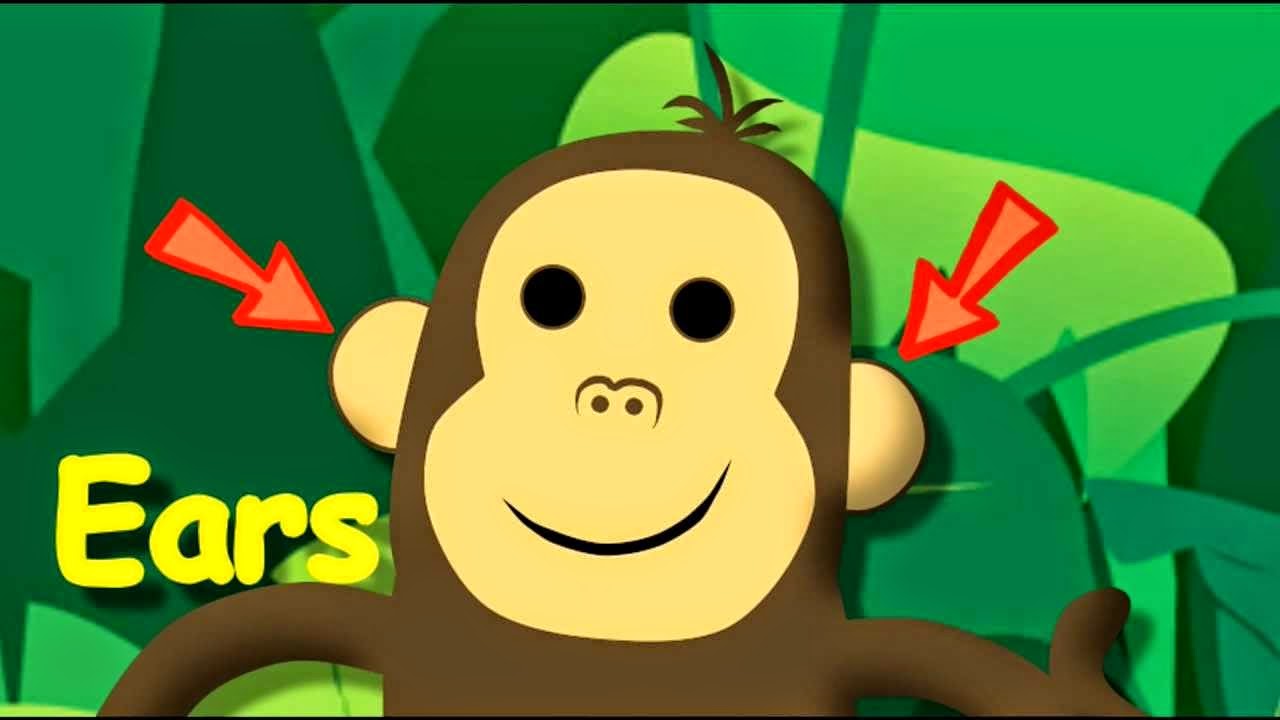 This video lesson is an alluring way to teach your child the common terms associated with time and how to read and calculate time on a normal clock. Through this video, the student will be able to know the concepts of AM and PM, the 24 hour clock, the 12 hour clock, etc. 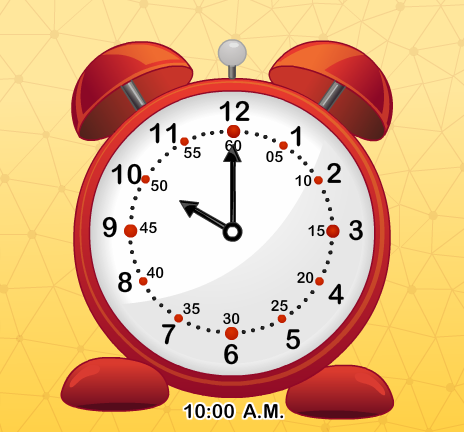 Dead Poets Society: "What will your verse be?" - video with subtitles and videoscript 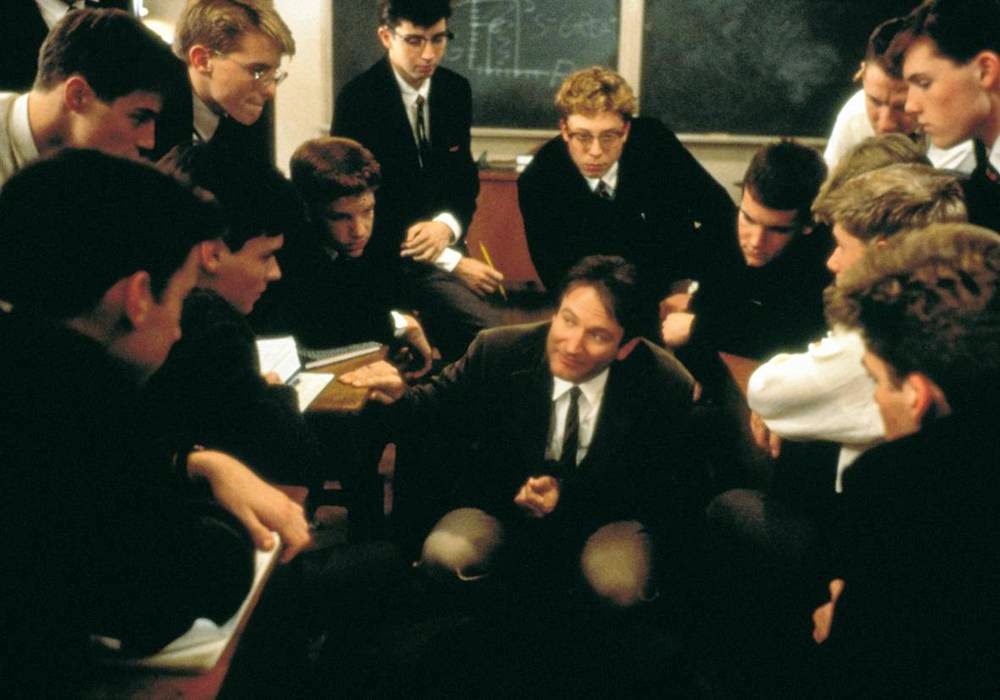 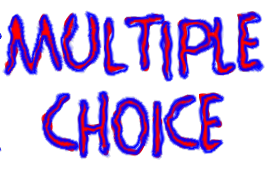 Write the plural - two interactive exercises for you... 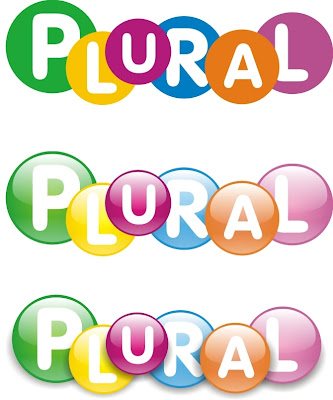 Band Aid 30 is the 2014 incarnation of the charity supergroup Band Aid. The group was announced on 10 November 2014 by Bob Geldof and Midge Ure. As in previous incarnations, the group covered the track Do They Know It's Christmas?, written in 1984 by Geldof and Ure, this time to raise money towards the Ebola crisis in Western Africa. The track has re-tweaked lyrics to reflect the current Ebola virus epidemic in West Africa with all proceeds going towards battling what Geldof described as a "particularly pernicious illness because it renders humans untouchable and that is sickening".
The song was recorded by some of the biggest-selling British pop acts, including One Direction, Sam Smith, Ed Sheeran, Emeli Sandé and Ellie Goulding. Bands Bastille and Mercury prize-winning Elbow have also confirmed they are on board, along with Coldplay and Bono – the third time the U2 frontman has contributed to a Band Aid recording.

The song was recorded on 15 November 2014, with all contributions going towards battling the Ebola virus epidemic in West Africa. The song was recorded in Sarm West Studiosin Notting Hill, London, the same studio used for the original track. Organiser Bob Geldof said he addressed the participants "like the headmaster" before they sang the chorus. "I explained the situation in West Africa, I explained what the UN were saying, explained what we could do, and just geed them up,".
Footage of the recording of the session was streamed live on an official app, with the footage forming the basis for the music video. The record was produced by Paul Epworth, who has masterminded hits by the likes of Adele and One Direction.
The track has re-tweaked lyrics to address the current climate within Africa, and the ongoing Ebola virus epidemic in West Africa. Instead of the line "Where the only water flowing is the bitter sting of tears", the new version will have the line "Where a kiss of love can kill you and there's death in every tear". Furthermore, the line "Well tonight thank God it's them instead of you" has been changed to "Well tonight we're reaching out and touching you".

The official music video for Band Aid 30 was first shown on the results show of The X Factor on Sunday 16 November, with Geldof suggested that the song and video shown on X Factor may not be the finished versions. "We'll have a rough edit on the X Factor and we'll have a rough edit of the film," he said. The video was introduced by Bob Geldof, who described the new recording as a "little bit of pop history". He said the video - which began with shots of victims of Ebola - was "harrowing and not meant for an entertainment show" but was something the X Factor audience should see.
Following this, the song was available for digital download on Monday 17 November 2014, just 11 days short of the 30th anniversary of the release of the original version of the track. The physical version of the song will be released three weeks later on 8 December, and will feature cover artwork designed by artist Tracey Emin. The download costs 99p, while the CD single will retail for £4. The song will not be made available on Spotify and other music streaming services until January 2015. There will be remixes of the track by Underworld and Disclosure.
On Saturday 15 November it was confirmed by Geldof that the Chancellor George Osborne would waive VAT on the record, with all the money raised by the track going towards the cause. He also confirmed in interviews that ITunes are not taking a cut of the 99p download cost. 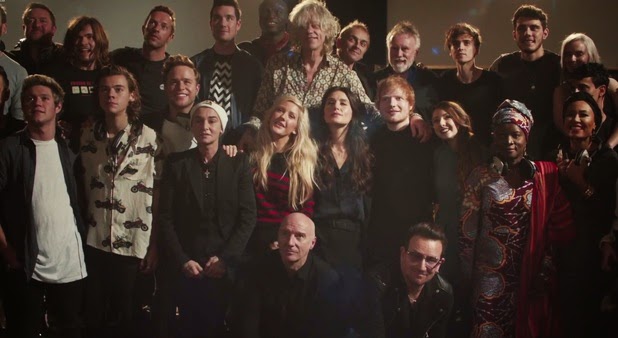 The line up for Band Aid 30 confirmed so far: Organisers and producers:
Instruments:
Vocals:
Remixes:

Unlike Band Aid II and Band Aid 20, where lyrics were almost identical to the original, the lyrics to 'Do They Know It's Christmas?' for Band Aid 30 have been substantially altered to address the current situation in Western Africa, with the ongoing Ebola epidemic. The following table shows the lines of the new track, and which artist(s) sing each of the lines.

From Wikipedia, the free encyclopedia 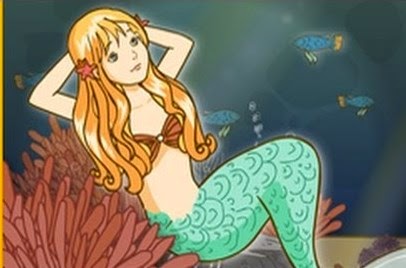 Idioms About Food with Examples and Explanations (infographic)

Using these 8 funny idioms about food will make you a big cheese. You will find the examples and explanations of idioms under the infographic.


1. “Egghead” – a very studious person, intellectually gifted in the field of academics, a very intelligent person
- I think Jane will do well in her finals. She has always been a kind of egghead from elementary school all the way through college.

2. “Big cheese” – an important and influential person
- Do you know Peter? He’s a big cheese at the company, he may help you to get a good job there.

3. “Couch potato” - a very lazy person who watches too much TV
- My uncle is a couch potato, you never see him without the remote control in his hand.

4. “Tough cookie” – a very determined person, durable and robust person, a person who is difficult to deal with
- There is a tough cookie on the phone, he insists to talk to the manager, shall I put him through?

5. “Top banana” – leader, boss, the chief person in a group, the head of a project
- I don’t know when we’ll finish, ask Jack, he’s the top banana here.

6. “Bad apple” – troublemaker, criminal
- He’s a real bad apple. If I were you, I wouldn’t let my daughter go out with him.

7. “Sour grapes” – pretending to dislike something that you can’t have
- The losers say they don’t mind that they couldn’t win the cup, but I’m sure this is only sour grapes.

8. “Lemon law” – an American law that protects those who buy defective cars or other consumer goods
- Unfortunately, his new car had an engine defect, but he received a complete refund in accordance with the lemon law.