Days of the week - fill in the correct day 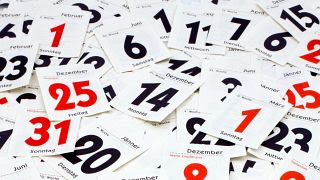 Enviar a mensagem por emailDê a sua opinião!Partilhar no TwitterPartilhar no FacebookPartilhar no Pinterest
Etiquetas: Days of the week, Ordinal Numbers 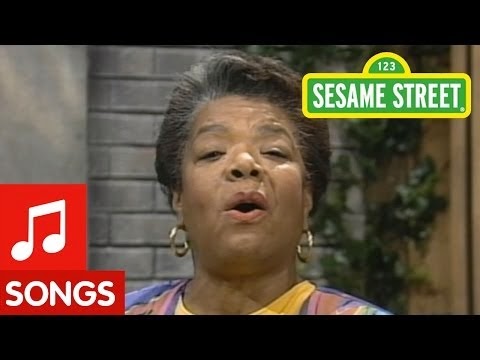 Some words take an ‘s’ when you talk about more than one. These words are called count or countable nouns.
Example

Other words do not take an ‘s’ when you talk about more than one. These words are called non-count or uncountable nouns.
Example

The word “food” is a non-count noun.
Example


Although most nouns have plurals formed according to regular rules, some nouns have unusual, or irregular plurals. This page will introduce the most common ones, so that you can learn them.

There are many types of irregular plural, but these are the most common:

Born on April 4, 1928, in St. Louis, Missouri, writer and civil rights activist Maya Angelou is known for her 1969 memoir, I Know Why the Caged Bird Sings, which made literary history as the first nonfiction best-seller by an African-American woman. In 1971, Angelou published the Pulitzer Prize-nominated poetry collection Just Give Me a Cool Drink of Water 'Fore I Die. She later wrote the poem "On the Pulse of Morning"—one of her most famous works—which she recited at President Bill Clinton's inauguration in 1993. Angelou has received several honors throughout her career, including two NAACP Image Awards in the outstanding literary work (nonfiction) category, in 2005 and 2009.


Multi-talented barely seems to cover the depth and breadth of Maya Angelou's accomplishments. She is an author, actress, screenwriter, dancer and poet. Born Marguerite Annie Johnson, Angelou had a difficult childhood. Her parents split up when she was very young, and she and her older brother, Bailey, were sent to live with their father's mother, Anne Henderson, in Stamps, Arkansas.
As an African American, Angelou experienced firsthand racial prejudices and discrimination in Arkansas. She also suffered at the hands of a family associate around the age of 7: During a visit with her mother, Angelou was raped by her mother's boyfriend. Then, as vengeance for the sexual assault, Angelou's uncles killed the boyfriend. So traumatized by the experience, Angelou stopped talking. She returned to Arkansas and spent years as a virtual mute.
During World War II, Angelou moved to San Francisco, California, where she won a scholarship to study dance and acting at the California Labor School. Also during this time, Angelou became the first black female cable car conductor—a job she held only briefly, in San Francisco.
In 1944, a 16-year-old Angelou gave birth to a son, Guy (a short-lived high school relationship had led to the pregnancy), thereafter working a number of jobs to support herself and her child. In 1952, the future literary icon wed Anastasios Angelopulos, a Greek sailor from whom she took her professional name—a blend of her childhood nickname, "Maya," and a shortened version of his surname.

In the mid-1950s, Angelou's career as a performer began to take off. She landed a role in a touring production of Porgy and Bess, later appearing in the off-Broadway production Calypso Heat Wave (1957) and releasing her first album, Miss Calypso (1957). A member of the Harlem Writers Guild and a civil rights activist, Angelou organized and starred in the musical revueCabaret for Freedom as a benefit for the Southern Christian Leadership Conference, also serving as the SCLC's northern coordinator.
In 1961, Angelou appeared in an off-Broadway production of Jean Genet'sThe Blacks with James Earl Jones, Lou Gossett Jr. and Cicely Tyson. While the play earned strong reviews, Angelou moved on to other pursuits, spending much of the 1960s abroad; she first lived in Egypt and then in Ghana, working as an editor and a freelance writer. Angelou also held a position at the University of Ghana for a time.
After returning to the United States, Angelou was urged by friend and fellow writer James Baldwin to write about her life experiences. Her efforts resulted in the enormously successful 1969 memoir about her childhood and young adult years, I Know Why the Caged Bird Sings, which made literary history as the first nonfiction best-seller by an African-American woman. The poignant work also made Angelou an international star.
Since publishing Caged Bird, Angelou has continued to break new ground—not just artistically, but educationally and socially. She wrote the dramaGeorgia, Georgia in 1972—becoming the first African-American woman to have her screenplay produced—and went on to earn a Tony Award nomination for her role in the play Look Away (1973) and an Emmy Award nomination for her work on the television miniseries Roots (1977), among other honors. 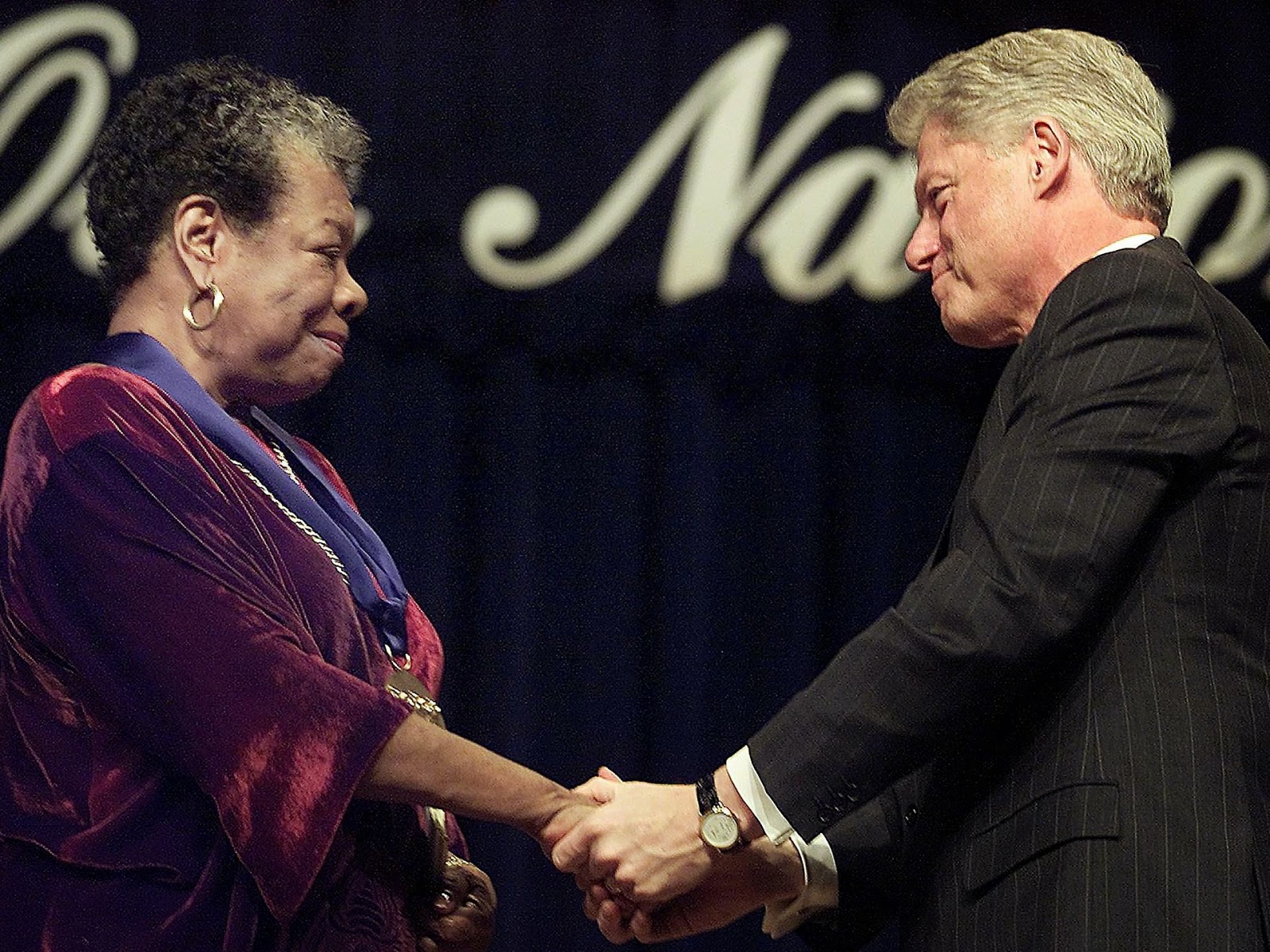 Later Successes
Angelou has written several autobiographies throughout her career, including All God's Children Need Traveling Shoes (1986) and A Song Flung Up to Heaven (2002), but 1969's I Know Why the Caged Bird Singscontinues to be regarded as her most popular autobiographical work. She has also published several collections of poetry, including Just Give Me a Cool Drink of Water 'Fore I Die (1971), which was nominated for the Pulitzer Prize.
One of Angelou's most famous works is the poem "On the Pulse of Morning," which she wrote especially for and recited at President Bill Clinton's inaugural ceremony in January 1993—marking the first inaugural recitation since 1961, when Robert Frost delivered his poem "The Gift Outright" at President John F. Kennedy's inauguration. Angelou went on to win a Grammy Award (best spoken word album) for the audio version of the poem. 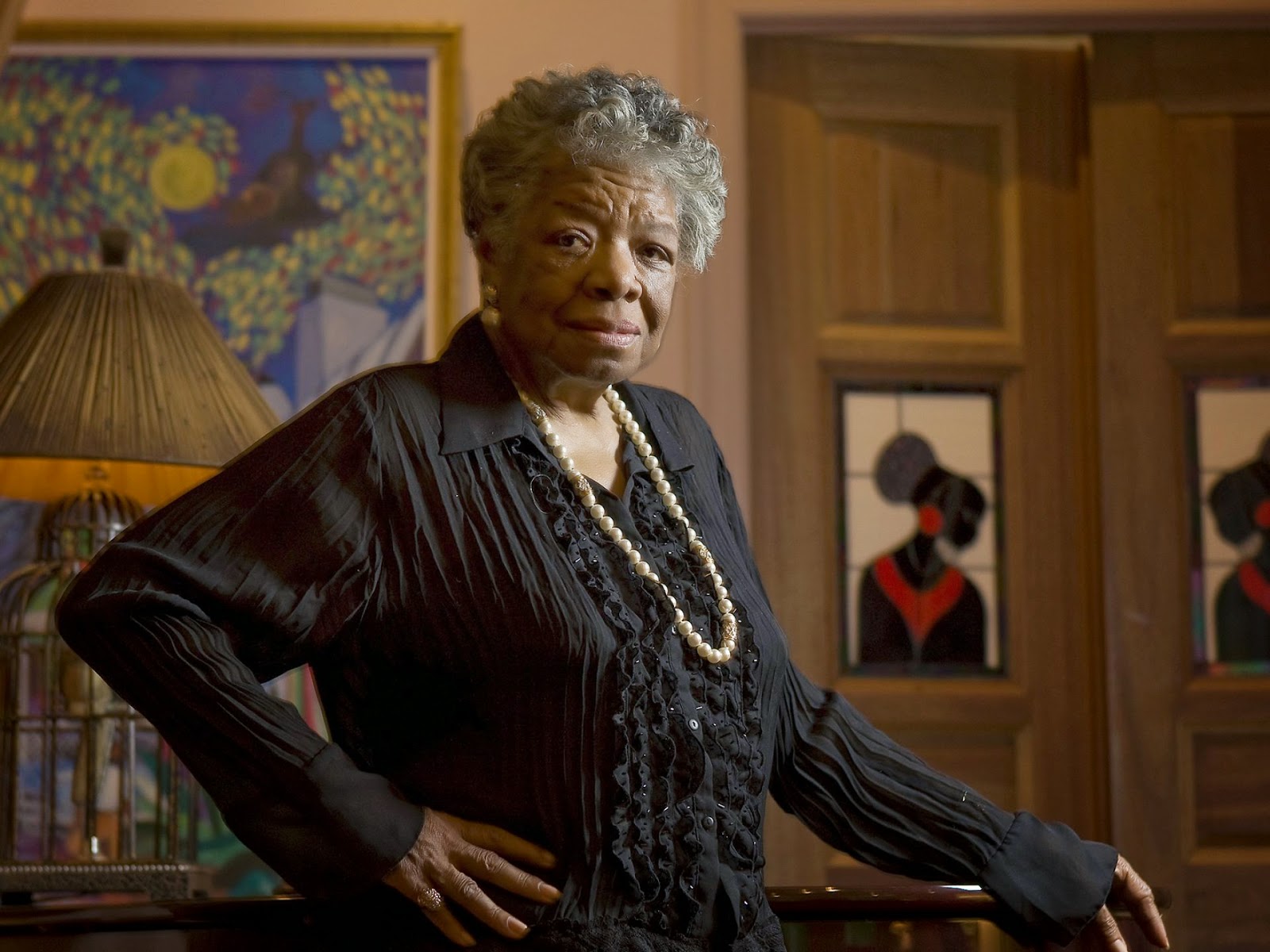 In 1995, Angelou was lauded for remaining on The New York Times' paperback nonfiction best-seller list for two years—the longest-running record in the chart's history.
Seeking new creative challenges, Angelou made her directorial debut in 1998 with Down in the Delta, starring Alfre Woodard. She has also written a number of inspirational works, from the essay collection Wouldn't Take Nothing for My Journey Now (1994) to her advice for young women inLetter to My Daughter (2008). Interested in health, Angelou has even published cookbooks, including Hallelujah! The Welcome Table: A Lifetime of Memories With Recipes (2005) and Great Food, All Day Long (2010). 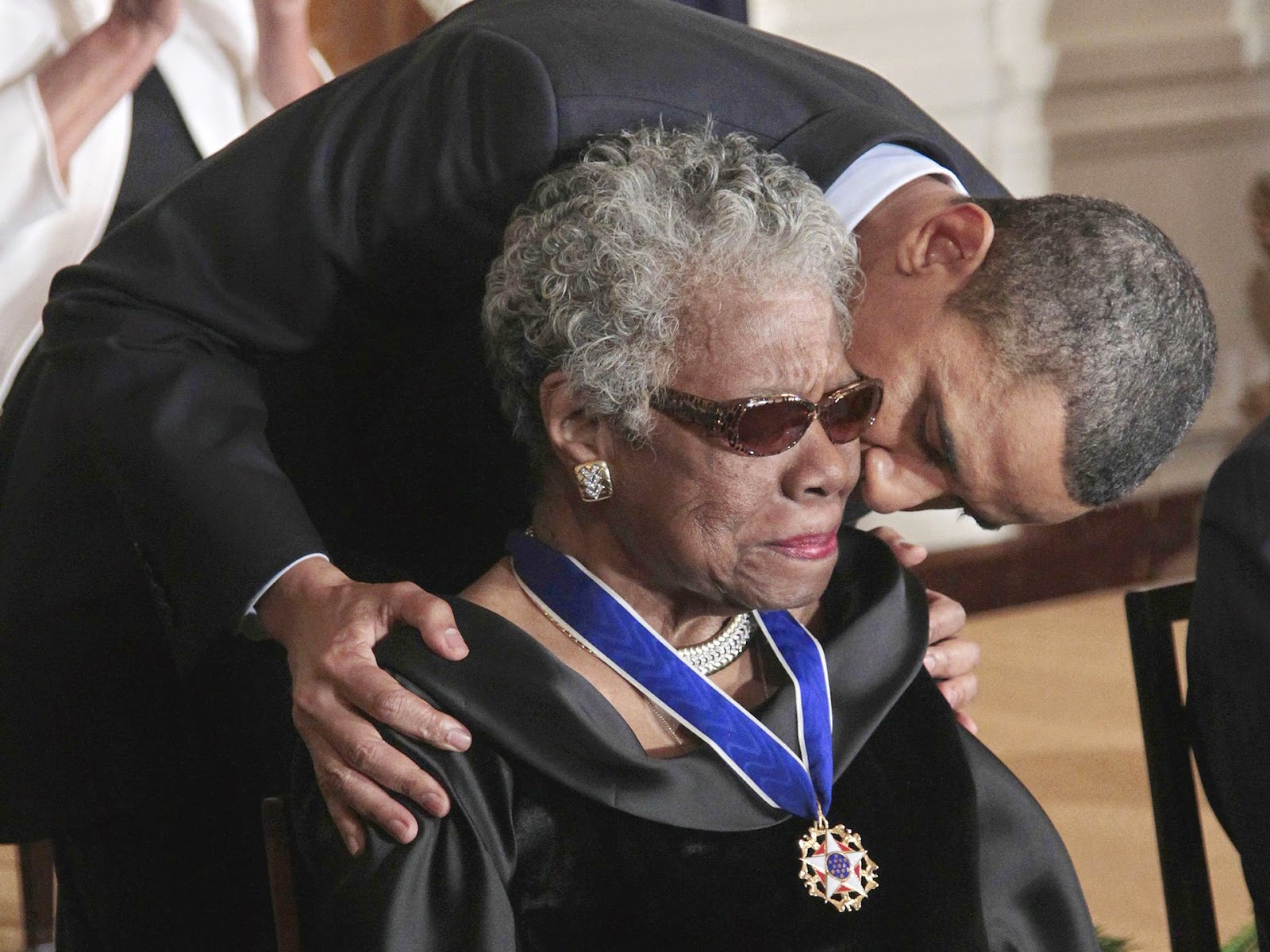 Angelou's career has seen numerous accolades, including the Chicago International Film Festival's 1998 Audience Choice Award and a nod from the Acapulco Black Film Festival in 1999 for Down in the Delta; and two NAACP Image Awards in the outstanding literary work (nonfiction) category, for her 2005 cookbook and 2008's Letter to My Daughter.

Martin Luther King Jr., a close friend of Angelou's, was assassinated on her birthday (April 5) in 1968. Angelou stopped celebrating her birthday for years afterward, and sent flowers to King's widow, Coretta Scott King, for more than 30 years, until Coretta's death in 2006.
Angelou is good friends with TV personality Oprah Winfrey, who has organized several birthday celebrations for the award-winning author, including a week-long cruise for her 70th birthday in 1998.

This morning, Dr. Maya Angelou was found unresponsive inside her Winston-Salem home. 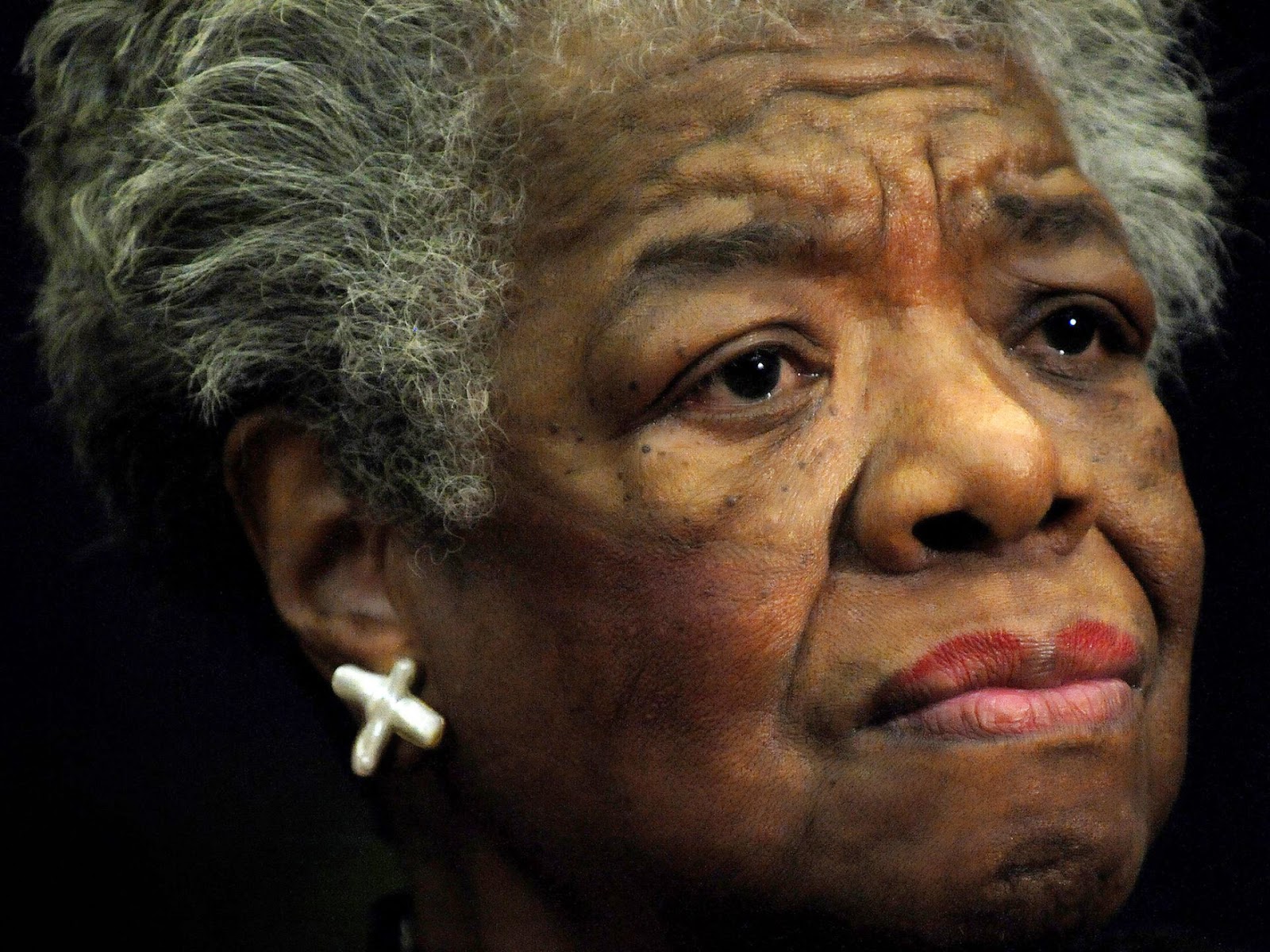 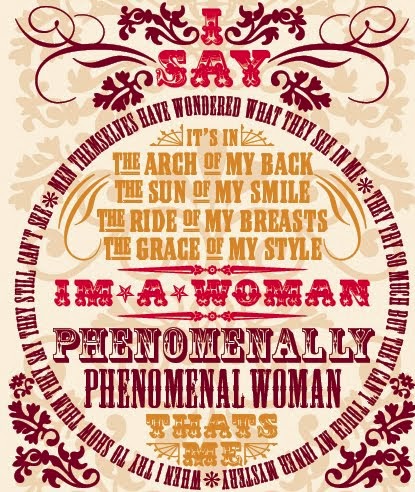