It's a big day for the royal family, as those closest to the Duke and Duchess of Cambridge gather for Princess Charlotte's christening. 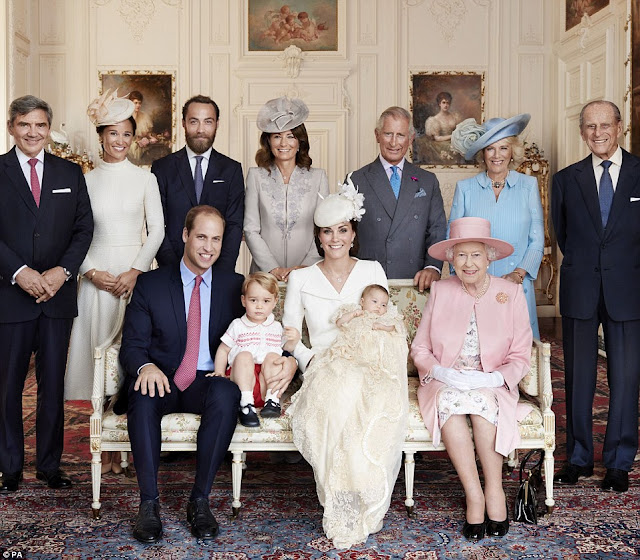 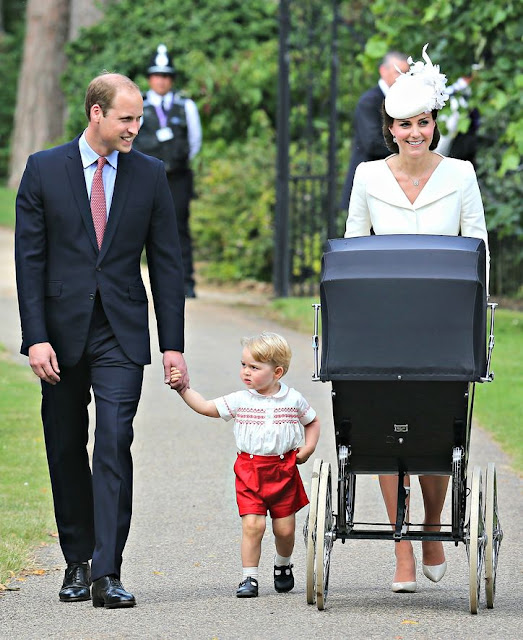 Details of the Service: Via Kensington Palace, the Duke and Duchess of Cambridge have chosen two hymns, one lesson, and two anthems for the christening of their daughter, Princess Charlotte. The hymns are "Praise to the Lord," "The Almighty," and "Come Down, O Love Divine." The lesson is from Matthew 18, verses 1-5, read by Mr. James Meade. The anthems are "I Will Sing With the Spirit" and "God Be in My Head," both by John Rutter. Members of the Sandringham Church Choir are singing at the service. The processional organ music is R. Vaughan Williams' Prelude on "Rhosymedre." The recessional organ music is G. F. Handel's Overture and Allegro from Concerto VIII in A.
The Archbishop of Canterbury, the Most Reverend Justin Welby, is baptizing Princess Charlotte. He is being supported by the Reverend Canon Jonathan Riviere, the rector of the Sandringham group of parishes. 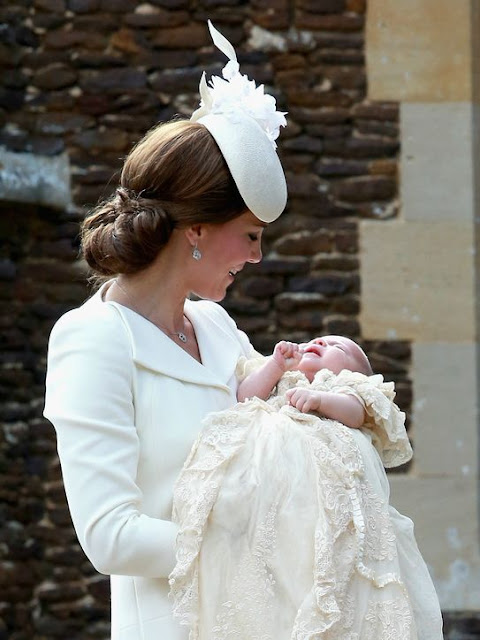 Charlotte's Godparents: No members of the royal family were asked to be Charlotte's godparents. Although that was a surprise to many, the Duke and Duchess did pay tribute to Princess Diana by choosing William's first cousin, the Hon. Laura Fellowes, who is Princess Diana's niece. Additional godparents include Miss Sophie Carter (a close friend of Kate's, and according The Telegraph in London, the ex-girlfriend of Thomas van Straubenzee —also chosen to be a godparent), Mr. James Meade (a schoolmate of William's at Eton and one of his closest friends. He is married to Lady Laura Marsham), Mr. Adam Middleton (33 years old and Kate's first cousin; he's Michael Middleton's nephew and works for the Mayfair firm Manchester Square Partners. He recently got married to interior designer Rebecca Poynton), and Mr. Thomas van Straubenzee (one of Princes William's oldest school friends, who is married to the Duke of Northumberland's daughter Melissa Percy). Also of note from The Telegraph: Princess Diana was a close friend of the Van Straubenzee family and even was a nanny to Thomas' cousin before marrying Prince Charles. 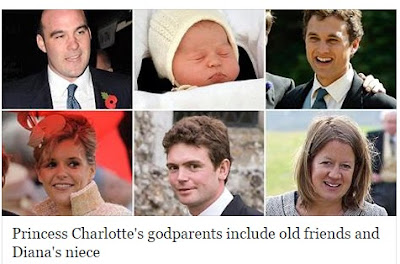 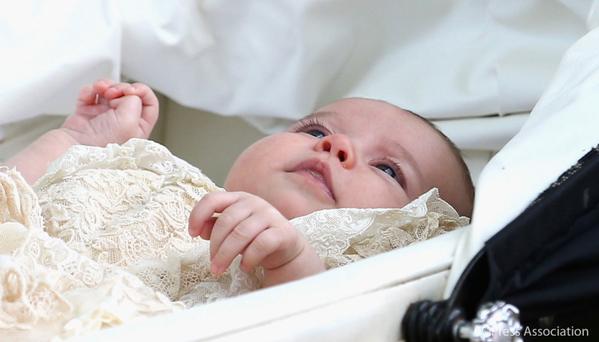 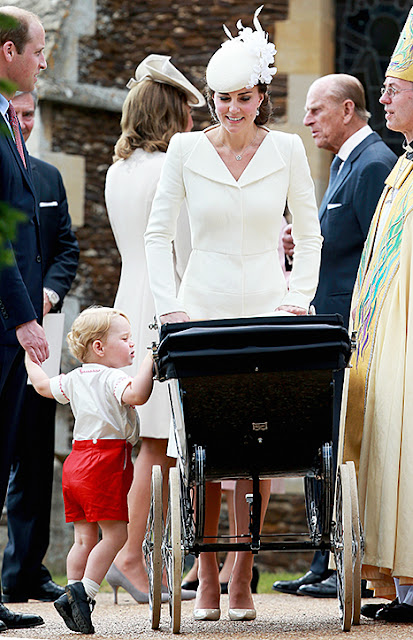 The Duchess of Cambridge wore an Alexander McQueen suit and Jane Taylor fascinator for the occasion, while Prince George wore the same outfit Prince William wore to meet Prince Harry for the first time in 1984. 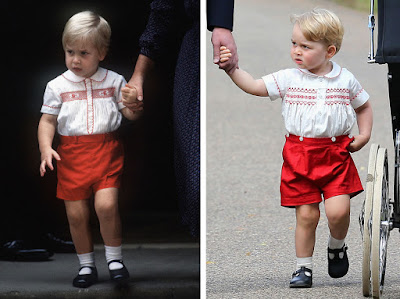 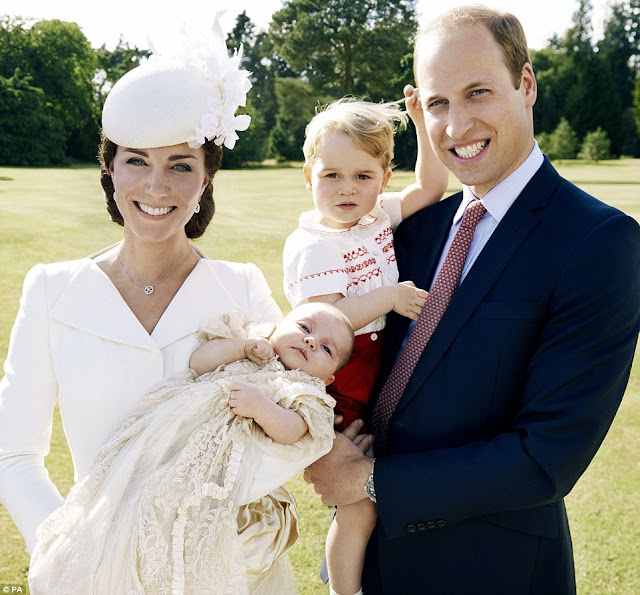