Palm Sunday 2014 is on April 13, 2014. It is a Christian moveable feast which always falls on the Sunday before Easter Sunday. The feast commemorates the triumphant entry of Jesus into Jerusalem in the days before his Passion. It is also called Passion Sunday or Palm Sunday of the Lord's Passion. 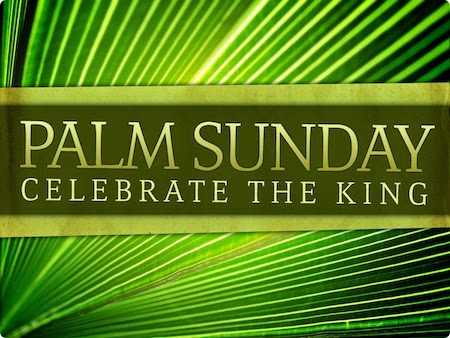 In many Christian churches, Palm Sunday is marked by the distribution of palm leaves to the assembled worshipers. The difficulty of procuring palms for that day's ceremonies in unfavorable climates for palms led to the substitution of boughs of box, yew, willow or other native trees. The Sunday was often designated by the names of these trees, as Yew Sunday or by the general term Branch Sunday.